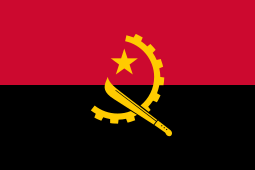 There are many students from Angola studying in Ukraine at present and most of them study at medical and engineering universities.

The national language of Angola is Portuguese so for the first year students from Angola study their 10 Months preparatory program for Russian language.

Students from Angola study at only state owned universities no matter which degree program.

For 2020-2021 also Ukraine has reserved many seats for Angola nationals due to their previous academic records.

Angola nationals who have passed their secondary school may apply for the admission in Ukraine at any university through us as admissions are processed at Ministry of Education,Ukraine.

Applicants from Angola may scan us their secondary school certificate copies with international travel passport copy by scan in our admission staff Email for assessment.

Once we receive the required documents for admission,These are assessed by admission staff and within 2 days the applicant is informed about his/her eligibility.

Eligible applicants from Angola send their admission fee and scan the fee receipt to admission office and his/her documents are forwarded to the Ministry of Education,Ukraine for further processing.

Processing time is 2 weeks and the invitation is issued.Upon issuance of official study invitation it is couriered to the applicant ‘s residential address for visa application.

Students who are coming to join Masters program from Angola must scan us their bachelor degree too for assessment.

Embassy of Ukraine is situated in Luanda and once the applicant has received the official study invitation from Ministry of Education,Ukraine may gather the supporting documents for the Embassy and apply visa at Ukraine Visa Center VFS GLOBAL.

A visa confirmation for each international student is sent to the Embassy and he/she obtains visa easily.

REQUIRED DOCUMENTS AT EMBASSY OF UKRAINE

These all above documents are submitted at Ukraine visa center VFS in Angola with visa fee 65$.

After 10 days may collect your passport from the same VFS office.

Once the visa is issued the applicants are required to scan their visa copy with return air ticket to admission staff and admission office has to prepare their documents documents for immigration to receive the student.

Upon arrival once student is received by our staff,We manage accommodation and lectures at the university for him/her.

So if you are in Angola and want to study in Ukraine for 2020-2021 intake and you have worries about the admission and visa process than we are here and you are on right page.

Please contact us by Email or Whats app for your admission process in Ukraine.

We are available for live help online.In case none of our staff member is online than you may leave message in live chat window and we will contact you as soon as possible.Please do not forget to write your mobile number in the messege.

We are pleased to announce that now Ministry of Education,Ukraine has announced that applicants may apply admissions and obtain visas throughout the year from any country of the world. We are taking applications for 2020-2021 now.

Ukraine has free visa regime with all Schengen states and Ukraine passport holders may travel without visa for 90 days to any schengen country.